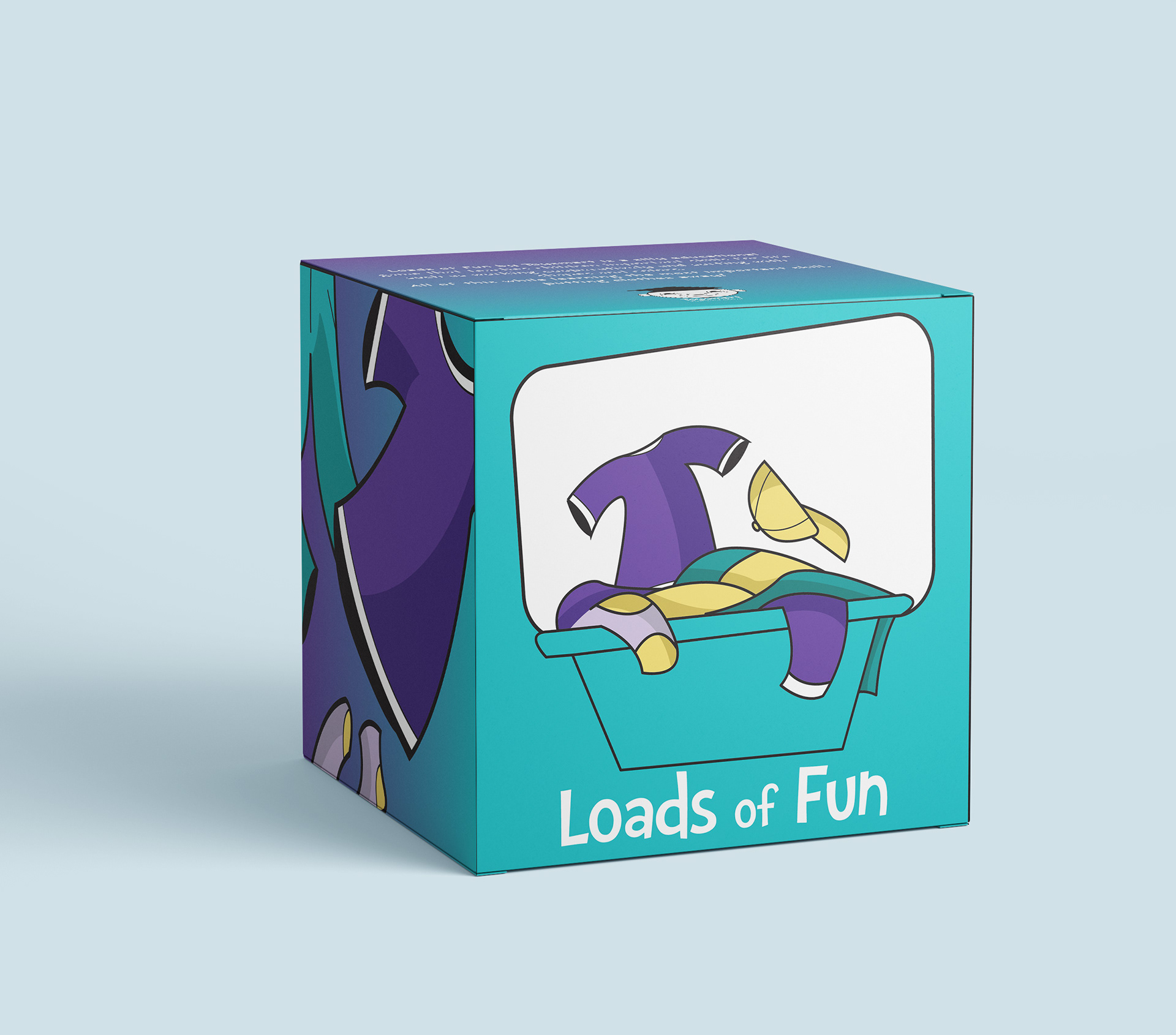 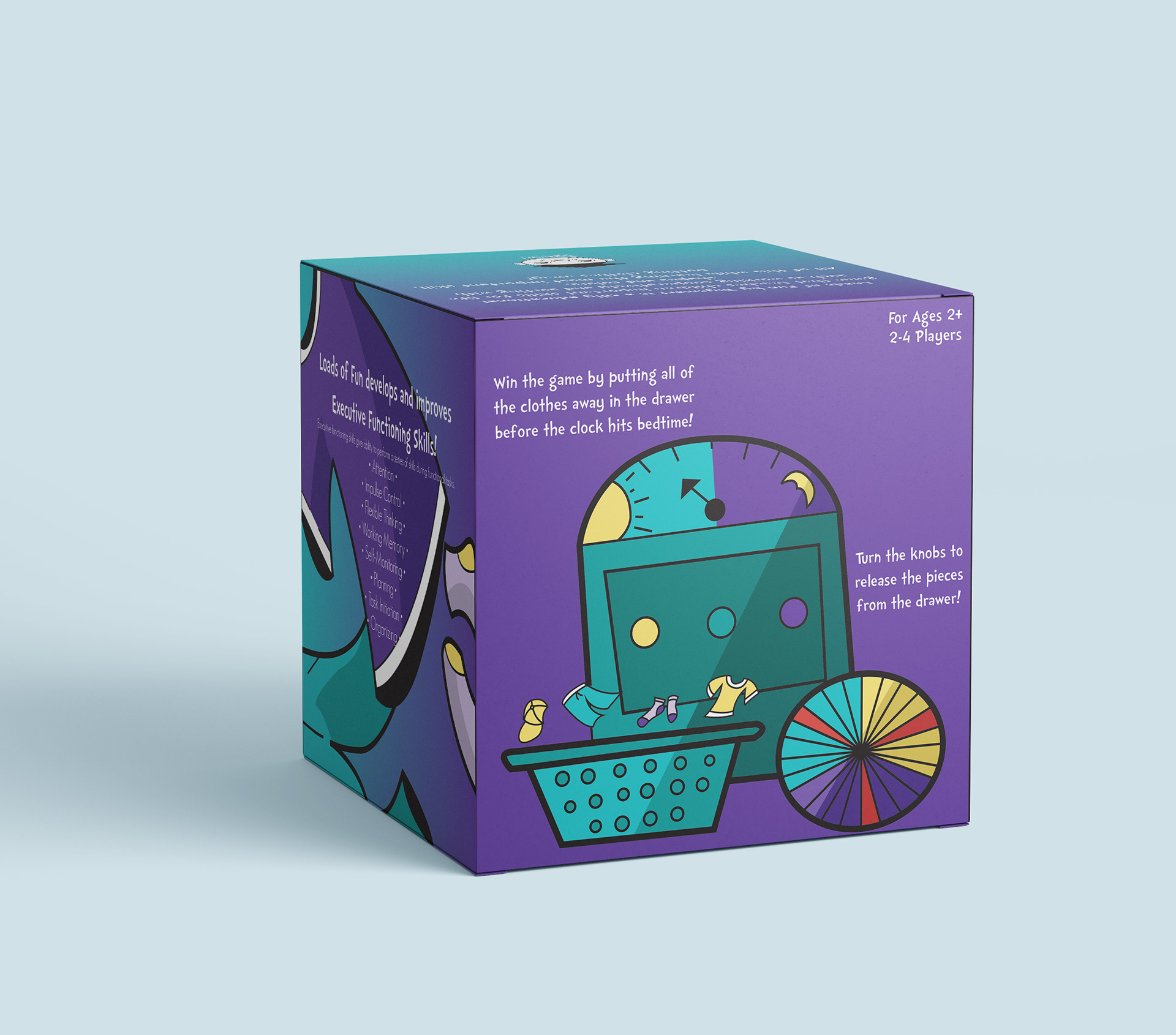 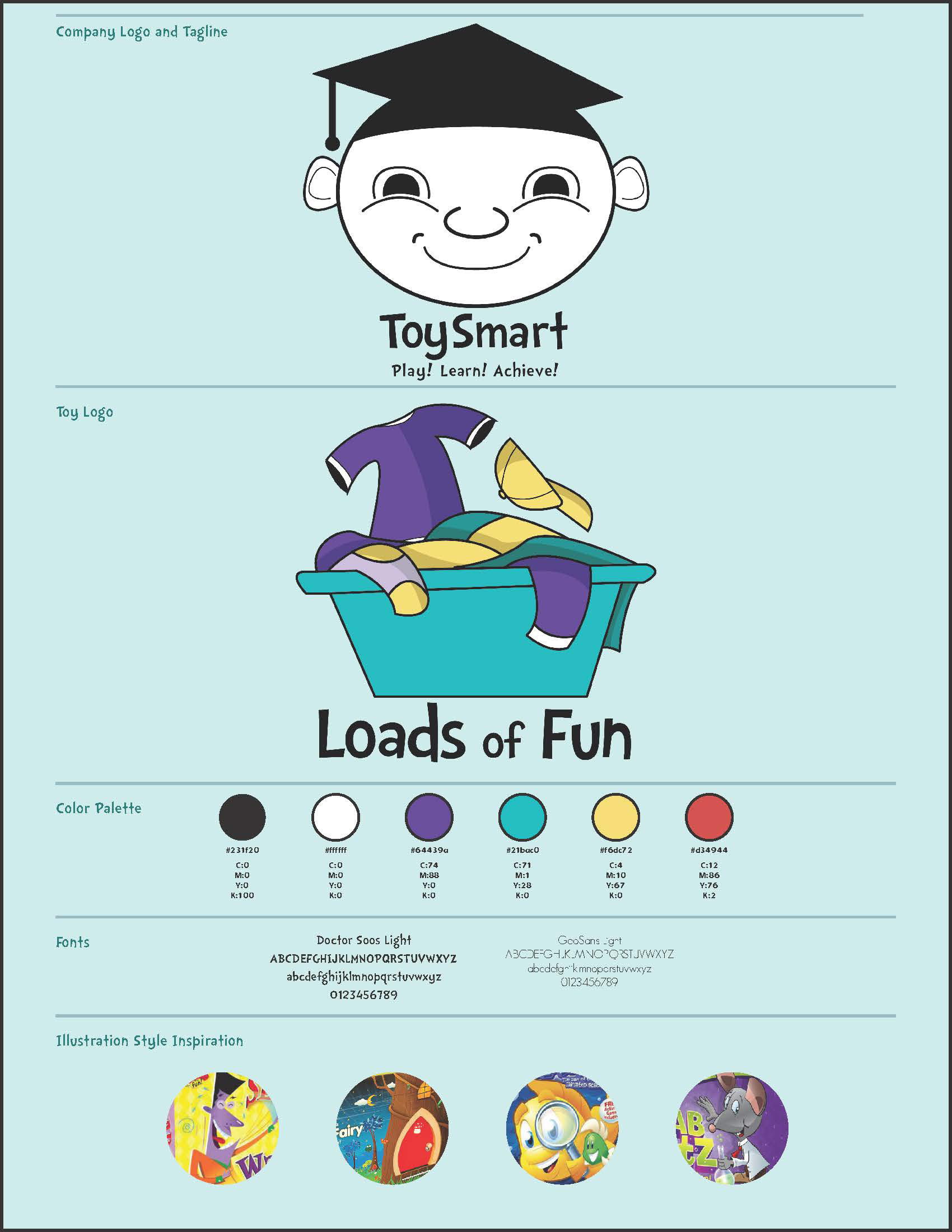 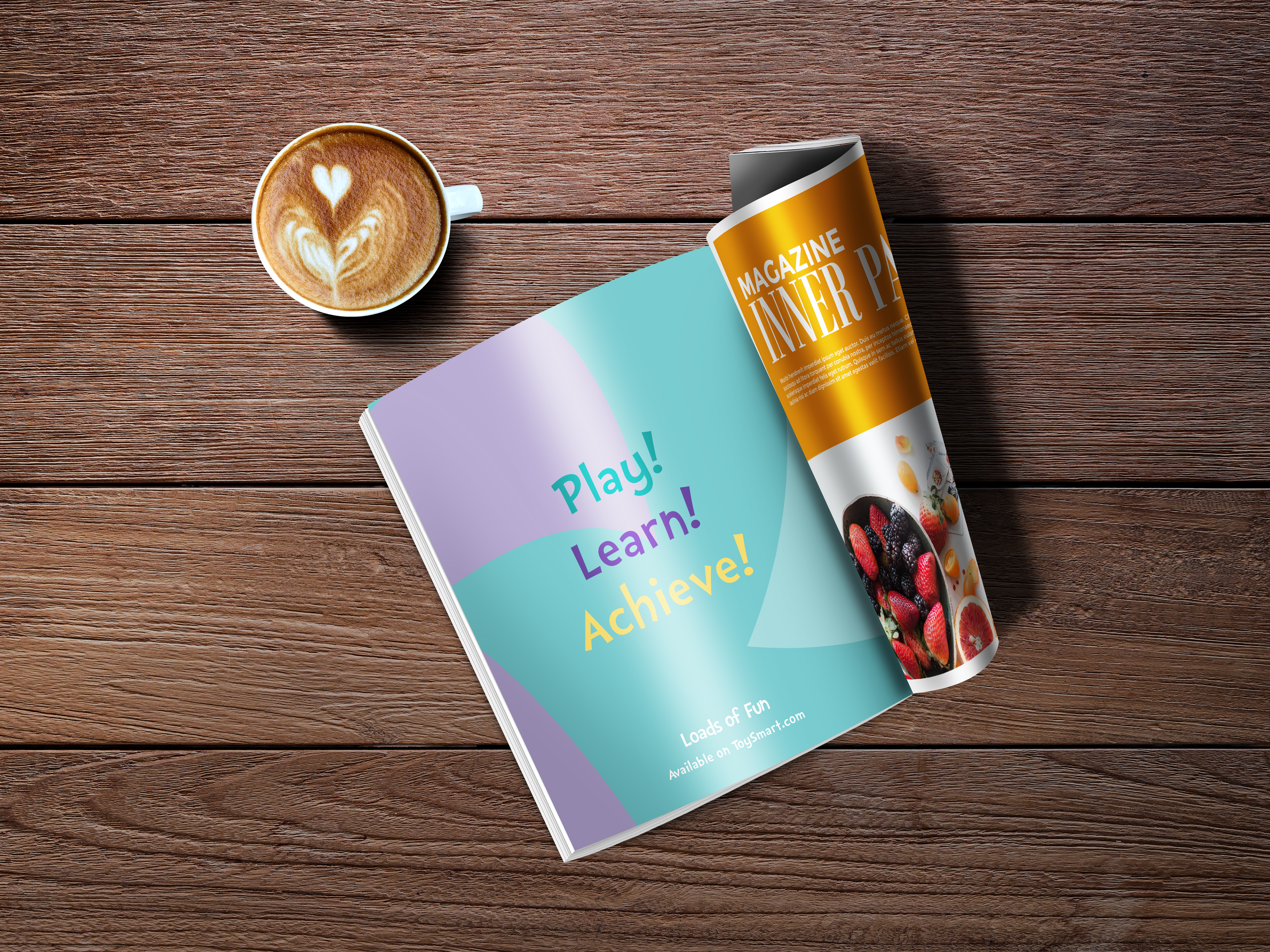 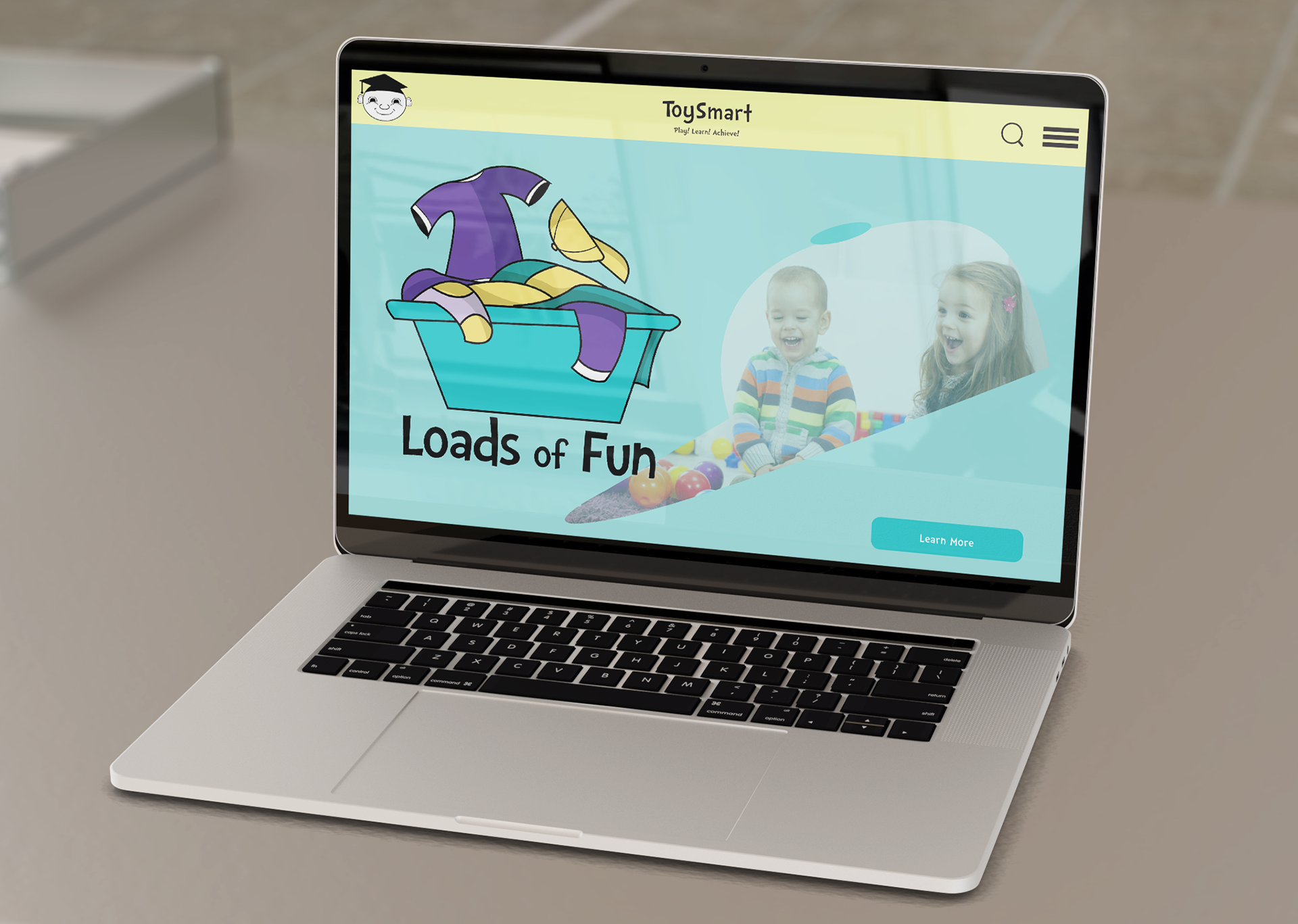 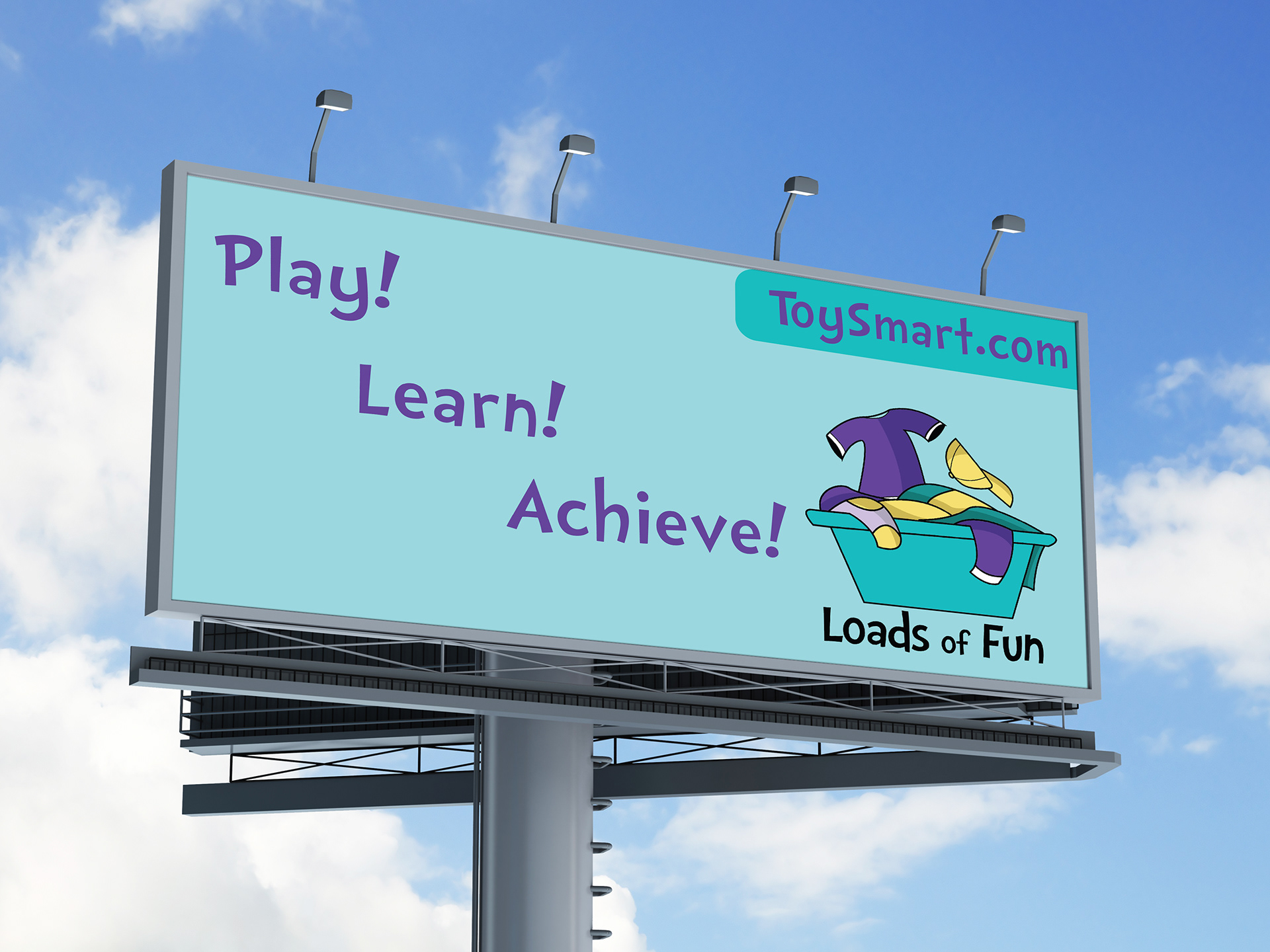 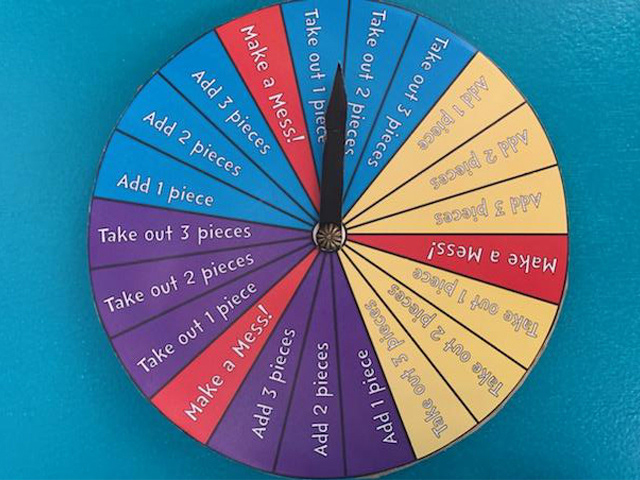 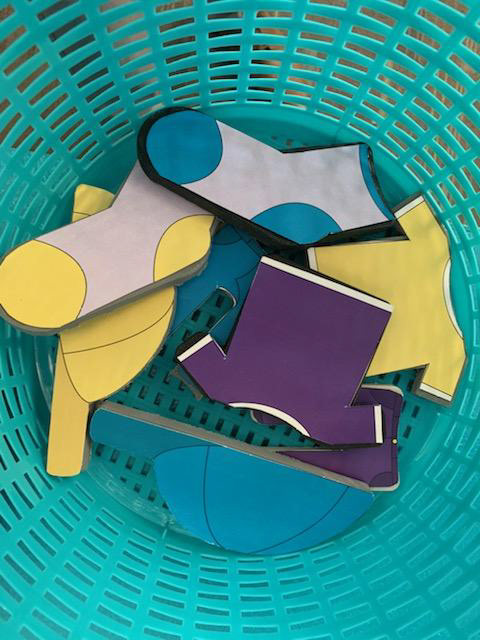 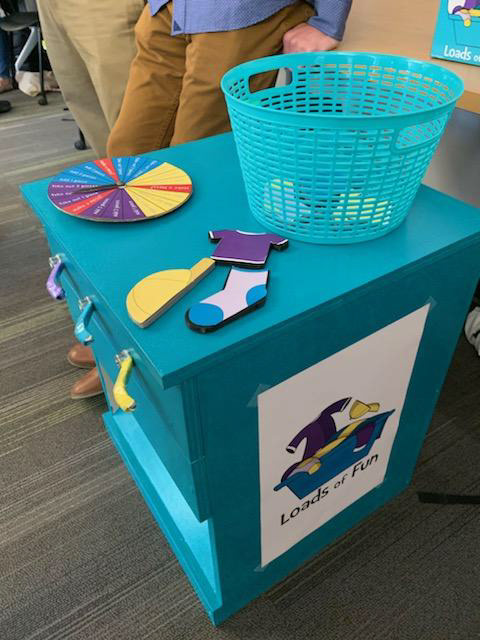 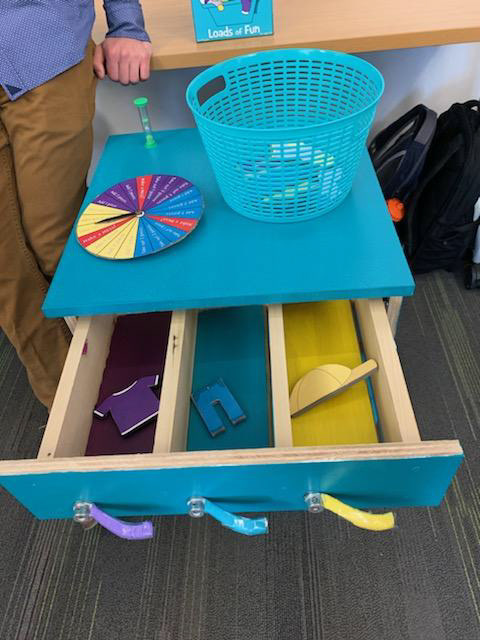 toy collaboration project
january 2019 - may 2019
For this semester-long project, our ultimate task was to work in a group to create, design, and produce a prototype for a new children’s toy. From our class, we were placed into groups that consisted of students from a development and education class and from an engineering class. Each group had about eight people total, with one graphic designer placed as the leader of the group. The company we came up with was ToySmart and the toy we designed was called "Loads of Fun," a game that teaches children how to put away and organize their clothes.
my role
As designer and leader of my group, my tasks were to design the branding of our company, design logos for the toy, create multiple advertisements for the toy, design a sample website, and also design the packaging for the toy. Since I was also the leader of the group, I had to coordinate video meetings with all the group members, and create our task lists. As a group, we all had input on what the toy was going to be.
process
At the beginning of the semester, all three of the classes met up and were put into groups and explained the project. Quickly we were tasked with coming up with a few different ideas for a new toy or game for children. As a group, we eventually landed on a game that would teach children about organizing, which would further turn into a game that teaches children about organizing and putting away their clothes. We also came up with our company name, ToySmart, with the slogan "Play! Learn! Achieve!".
As the graphic designer for my group, I was also the group leader which meant that I had to get everyone on the same page and set up virtual meeting times for the group.
In my own time, I began work on designing the logo for the company, ToySmart. Like most of my work, I started out with a bunch of different thumbnail sketches and brought them to my group as well as my classmates for critique. We agreed on the smiling face with a graduation cap, and I designed the final logo in Adobe Illustrator.
Later as our idea for the game became clearer, we came up with the name Loads of Fun. Like the company logo, I created thumbnails for the toy logo, brought them to the group and class and narrowed it down to one. In this time, I also came up with a color palette for the toy, which focused on being gender neutral and decided on the typefaces. This final logo was designed in Illustrator and a branding board was designed in InDesign. The reason for the branding board was to present to all three classes at a meeting.
With the ToySmart and Loads of Fun logo set, the branding style for everything else was clear. I then was able to start designing the packaging for the game. From our group discussions, we decided that our game would utilize a dresser-like toy as part of the game, which meant that the the box would be pretty big to house it. For my design, I put the Loads of Fun logo front and center, and on the back would be the simple instructions on how to play and depictions of the items within the box. On the top of the box, I put a description of the game as well as the ToySmart logo. On the left and right sides of the packaging, I added some falling clothes, connecting back to the main logo. On the right side, I also added some information on the educational aspects of the game, for parents to read about. In addition to the packaging design, I also designed the spinner and game pieces.
With the logos and packaging design complete, I moved on to design some of the advertising for the game. I designed a full page magazine ad and a billboard advertisement, showing the toy logo, slogan, and website on where to buy. I also designed and mocked-up a one page parallax scrolling webpage.
successes / failures
I think the fact that I was able to lead a group of eight other students to a well done and completed project in my sophomore year at Merrimack College is a big success of itself. The only "failures" I could mention are that the physical objects created by the engineering students were rough around the edges, but that is expected with a prototype.
final results and evaluation
As a final evaluation for this project, I think the biggest thing it showed was my leadership skills, being able to take charge, keep things organized, and get things done. As for my designs, I think I showed that I was able to create cohesive branding across various media.
↑Back to Top